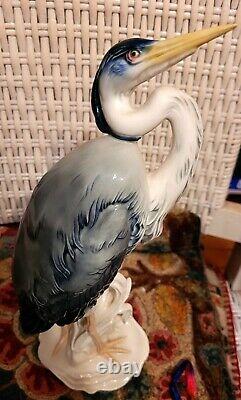 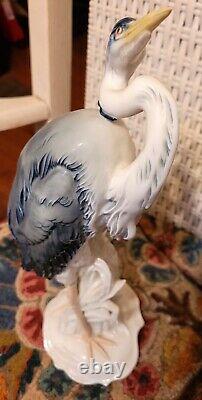 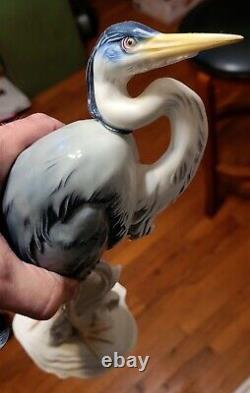 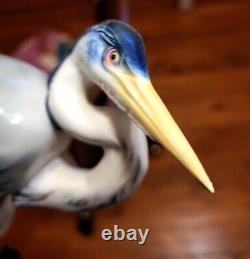 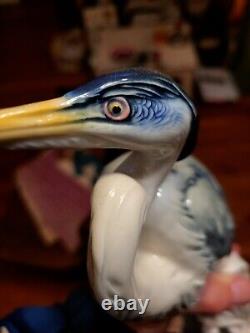 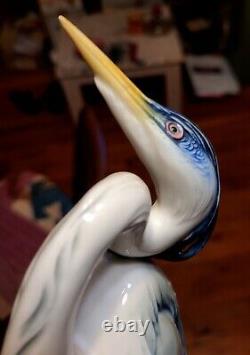 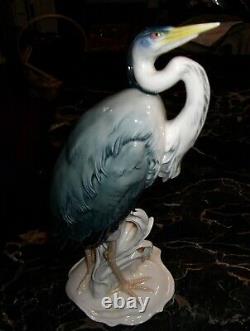 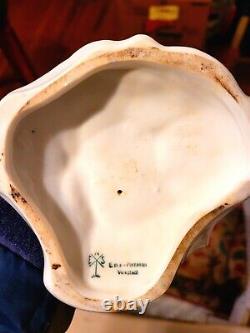 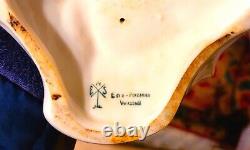 The handsome Art Deco bird stands on an elaborate detailed tree stump base. The Ens Figural Bird is very lifelike, and beautifully modeled. On the undersides is the green Ens windmill mark. The colouration and glaze make the bird truly look life-like.

The bird has a white body , Blue grey -feathered wings and tails, blue hood, orange eyes, nice detail to beak and feet; perched on white base with plants in relief. Equisite moulding on the wings, tail, feet and base branch... Details in the unique way that is the hallmark of Karl Ens porcelain figurines. Exceptional quality, finished in a nice glaze. Painted in vivid hues of shades of blue and grey.

This heron was from my family private collection of birds- My father was antique entrepeneur of the 1940's and 1950's who carefully collected many fine Meissen, Worcester , Rosenthals. In very good condition with no damage on this large Karl Ens porcelain figurine.

In 1899 Karl Ens left the company together with his sons and founded Porzellanfabrik Karl Ens in Volkstedt Thuringia. Germany, a company with a reputation for the quality and artistry of its products. The Karl Ens Porcelain Factory produced high quality ornamental objects collected by those who could afford them. Karl Ens operated the porcelain factory from 1919 to 1939.