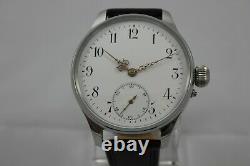 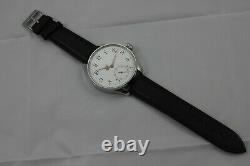 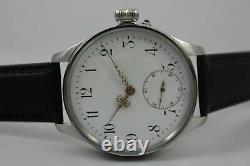 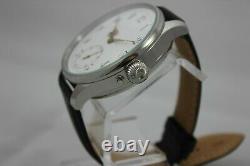 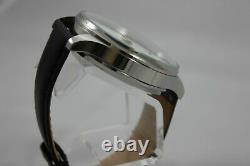 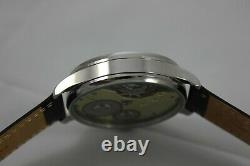 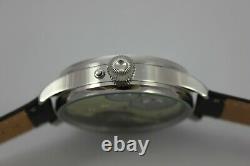 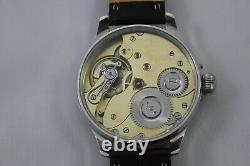 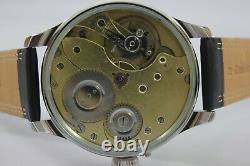 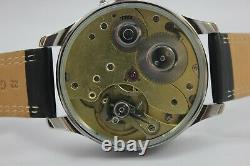 Watch is serviced professionally in 2021, Working perfectly, Photo part description. This watch used to be an Glashutte pocket watch. We restored original Glashutte movement and placed it in a modern case. It is very well preserved movement. The process this watch went through is called'marriage' (hence the term, marriage watch). You are looking at a professionally made marriage wrist watch product. THESE WATCHES ARE PERFECT AND MADE WITH TASTE! This beautiful watch has the original movement in an excellent status which was very well saved, considering age of this watch. This exclusive watch PRESERVED THE VINTAGE STYLE ON THIS WATCH RARE BEAUTIFUL HANDS ON ORGINAL ENAMELS DIAL, use your chance to become the owner of this exclusive watch! To set the time (move hands to desired position) on this watch it is required to keep the small release button under the crown fully pressed while twisting the crown clockwise at the same time.

Glashutte Original was created in 1845, when the German master watchmakers, Ferdiand Al Lange, Julius Assmann, Ludwig Strasser, Johannes Durrstein, Adolf Schneider, Strasser and Rohde, Ernst Kassiske settled in the region of Glasshutte. These master watchmakers were awarded various gold model at the world exhibition and international competitions, thus creating the foundation and reputation of watching making industry of Glashutte. In 1878, Moritz Grossmann founded the German School of Watchmaking, hence building groundwork for more skillful watchmakers in the region of Glashutte and transforming the region into a reputed symbol of watchmaking excellence. In the beginning of World War II, the watch manufactories in Glasutte was still in the production of military watches for the Navy and Air Force. Later, in the last day of War World II, Glashutte was bombed from the sky and the factories were badly destroyed.

The skillful master watchmakers remained. The company, then, was transformed to a global enterprise from the state-owned company. Today, the new name of the company is Glasshutte Original, but it is still carrying the old tradition of Glashutte watchmaking for more than 150 years.

Glashutte Original timepieces are still carrying the old tradition of German watchmaking. The unusual three-quarter plate, the seductive German silver as the raw material for the components of the movements, the beautiful gold chatons holding for jewels, the gorgeous swan-neck regulators, and the exalted idea of manufacturing all of the components exclusively in the factory, without outsourcer assistance. With the old traditional craftsmanship and modern machines, Glashutte Original, without a doubt, is created which incorporates all the best German virtues. Please, don't pay without an invoice. I would like to warn you that your package may be delayed due to restrictions on scheduled flights and quarantine ads in some countries.

The seller is "tnmshmr" and is located in UA. This item can be shipped worldwide.